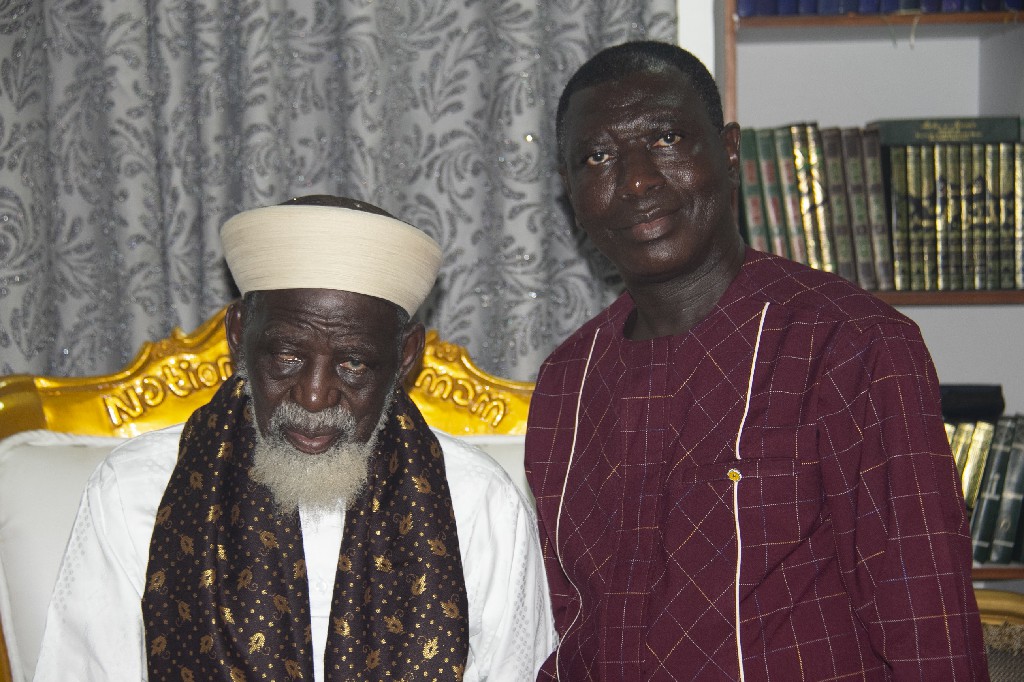 The National Chief Imam, Sheik Dr. Usman Sharubutu has indicated his readiness to attend the 3rd Public Lecture being organized by the Center Of Awareness Global Peace Mission (COA GPM) in Cape Coast. 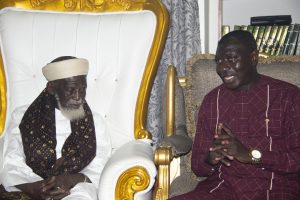 The National Chief Imam made this known when the Executive President of the COA GPM called on him at his residence in Accra last Wednesday.

Professor Samuel Ato Duncan in his remarks observed that it is the responsibility of all to work towards achieving peace and that the COA GPM on its part targets Youths and Leadership across the world with the message of Peace. He noted that the COA GPM seeks to work closely but independently with leadership globally to adopt and implement policies that are human centered.. This, the Center hopes to do by establishing peace clubs worldwide and link them into an international movement to address issues confronting peace globally.

The annual Public Lecture, which is in its 3rd year, is aimed at conscientizing the populace to appreciate the mission and be involved. He used the opportunity to extend an invitation to the National Chief Imam, adding that his contribution to peace in Ghana is worth emulating. He said, under the leadership of the revered National Chief Imam, Muslims and other faiths in Ghana continue to live peacefully. “The COA GPM sees this as worth celebrating hence our decision to honour you with an award during the Lecture, “he said. 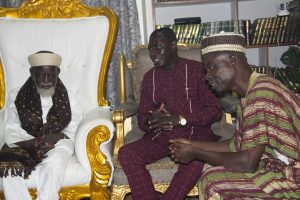 The Chief Imam on his part lauded Professor Duncan for his achievements so far and asked that he continues to promote peace wherever he goes. He noted that his doors are always opened to Professor Duncan and that he is always welcomed to his house.

The Public Lecture, being organized by the Center of Awareness Global Peace Mission is scheduled for Thursday 19th December 2019 at Auditorium 900, University of Cape Coast. The program is under the distinguished patronage of Daasebre Kweibu Ewusie, Vice President of the National House of Chiefs, and will be attended by the President of Alfred Nobel University, Dnipro Ukraine, Professor Borys Kholod. The main Lecture will be delivered by Professor Samuel Ato Duncan.

The platform would also be used to launched a campaign aimed at promoting peace before, during and after the 2020 election.
Professor Duncan also presented bottles of COA FS to the Chief Imam.