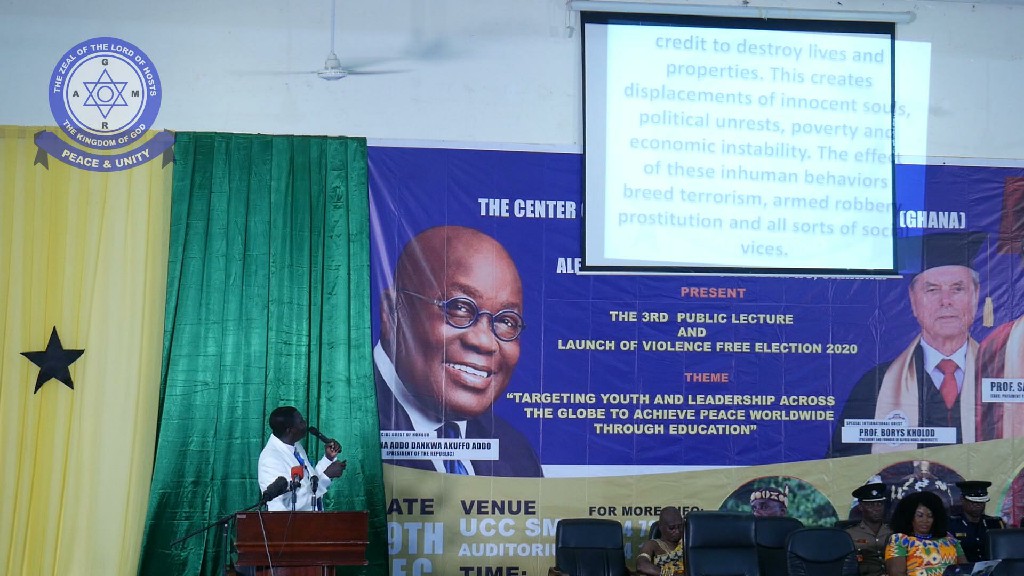 As the country is gearing towards an election year, a peace project aimed at ensuring peace before, during and after the December 7th, 2020 elections has been launched. 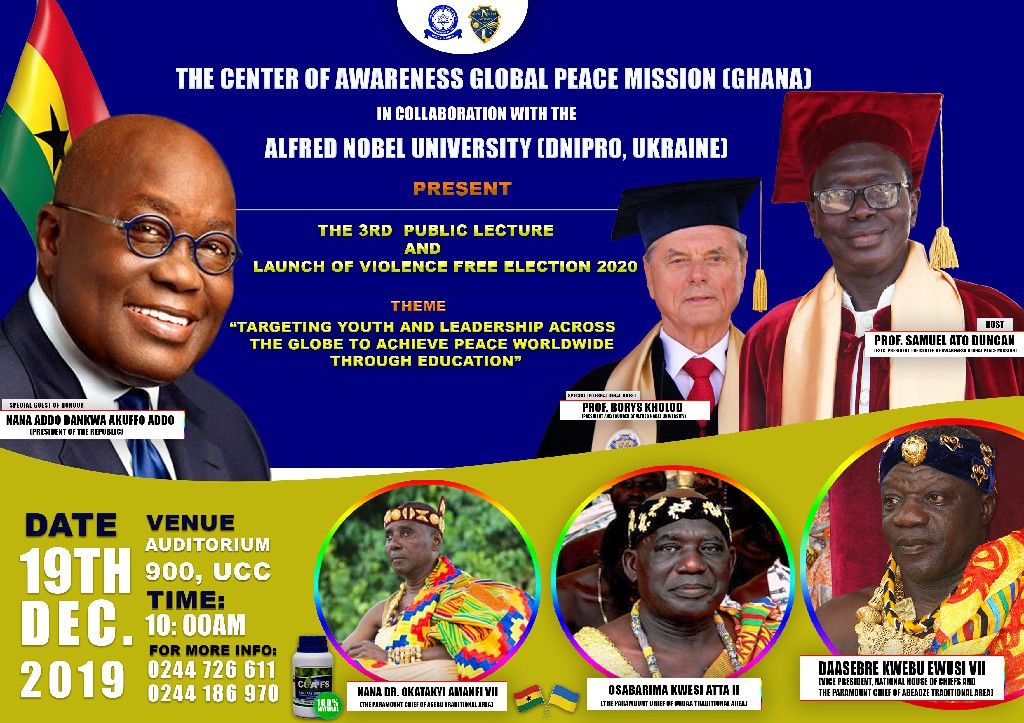 The project which was launched at the 3rd Public Lecture of the Center of Awareness Global Peace Mission Ghana at Cape Coast was under the theme “Targeting Youth and Leadership Across the Globe to Achieve Peace Worldwide Through Education”.
The lecture was in collaboration with Nobel Alfred University, Ukraine.

The Executive President and Founder of Center of Awareness Global Peace Mission, Prof. Dr. Samuel Ato Duncan indicated that, this project seeks to help strengthen the peaceful coexistence among Ghanaians.

Prof. Duncan revealed that to ensure the success of the project peace animators, political parties and other stakeholders have been encouraged to collaborate with the Global Peace Mission to conduct surveillance as well avert any conflicts before, during and after the 2020 general elections.

The peace animators he said are to promote and help to consolidate the relative peace in the Country and also inform the agencies of any potential threat to peace and violence before, during and after the 2020 general elections.
He therefore cautioned the peace animators against aligning themselves to any political parties in their course of duty as peace ambassadors.

He added that though Ghana is noted for violence-free elections, there have been some pocket of violence especially in conflict prone areas and that is why there is the need to strengthen and empower the community-based peace animators to be diligent and vigilant in aid of the 2020 General Elections.

Professor Duncan commended the peace animators for their voluntary spirit in striving and guarding peace. “I believe that such an attitude will ensure the achievement of the objectives of this project”, he added.

He also called on all to be peacemakers in their various communities to maintain peace in the nation as well pledged his continuous support towards ensuring peace before during and after December 7th general elections in the year 2020.